In anticipation to the Soccer World Cup finals I couldn’t resist a little pre-emptive analysis of historic football (Soccer) World Cup results which may give a little insight into what might happen over June-July 2014.

The dataset is gleaned from the World Cup and FIFA/Coca-Cola World Ranking sites. For each World Cup I have compiled a collection of statistics for each team (goals for, goals against, penalties, shots on goal, games won, drawn and lost…). For each tournament, we have the final finishing position of the top four teams. The statistic which is probably most telling is the FIFA world ranking for the team in the year preceding the finals tournament. 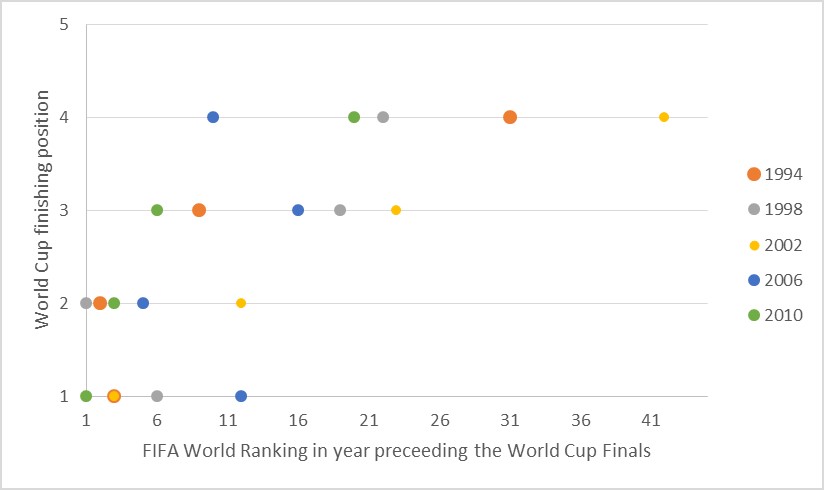 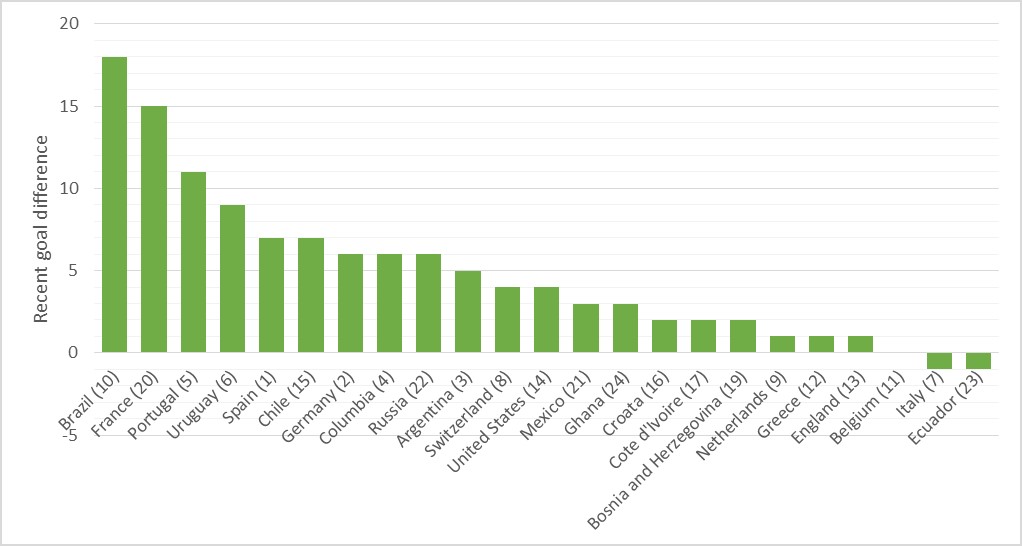 Figure 3: Recent form: goal difference from the last six matches (in brackets is the FIFA world ranking for 2013).

If recent form is anything to go by then Brazil deserves the attention they are getting. Otherwise, the top 6 ranked teams for 2013 are all in a sweet spot with positive goal differences based on recent form. The big surprise here is France, which is well outside on the FIFA world rankings but with some recent high scoring wins France might just be hitting form at the right time (although they did have some lesser recent opponents).

This is of course a very superficial analysis of a very complex game but I’m keen to see what the next month brings….By which time Truii.com will have an updated World Cup data-set plus others available for your data wrangling pleasure through our public access data libraries.

Well it is all over and Germany won. It seems that the statistics on recent form gave us too much hope for France and Brazil and we should have stuck with the simple prediction based on FIFA ranking. Figure 4 shows that like the previous five world cups, the FIFA ranking in the year preceding the world cup was once again a good predictor for the 2014 FIFA world cup winner. 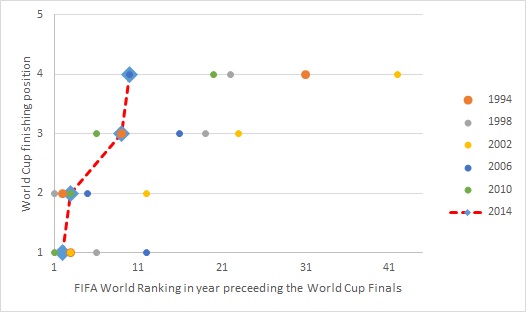 Figure 4: Updated version of Figure 1 after the 2014 World Cup – true to form, the FIFA world ranking in the year preceding the world cup was a gain a good predictor of the result.